Mini Budget announced by the Chancellor on the 23rd of September has been widely welcomed by the hardworking people of the UK who will receive some respite to their pockets by the way of tax cuts that have been announced. 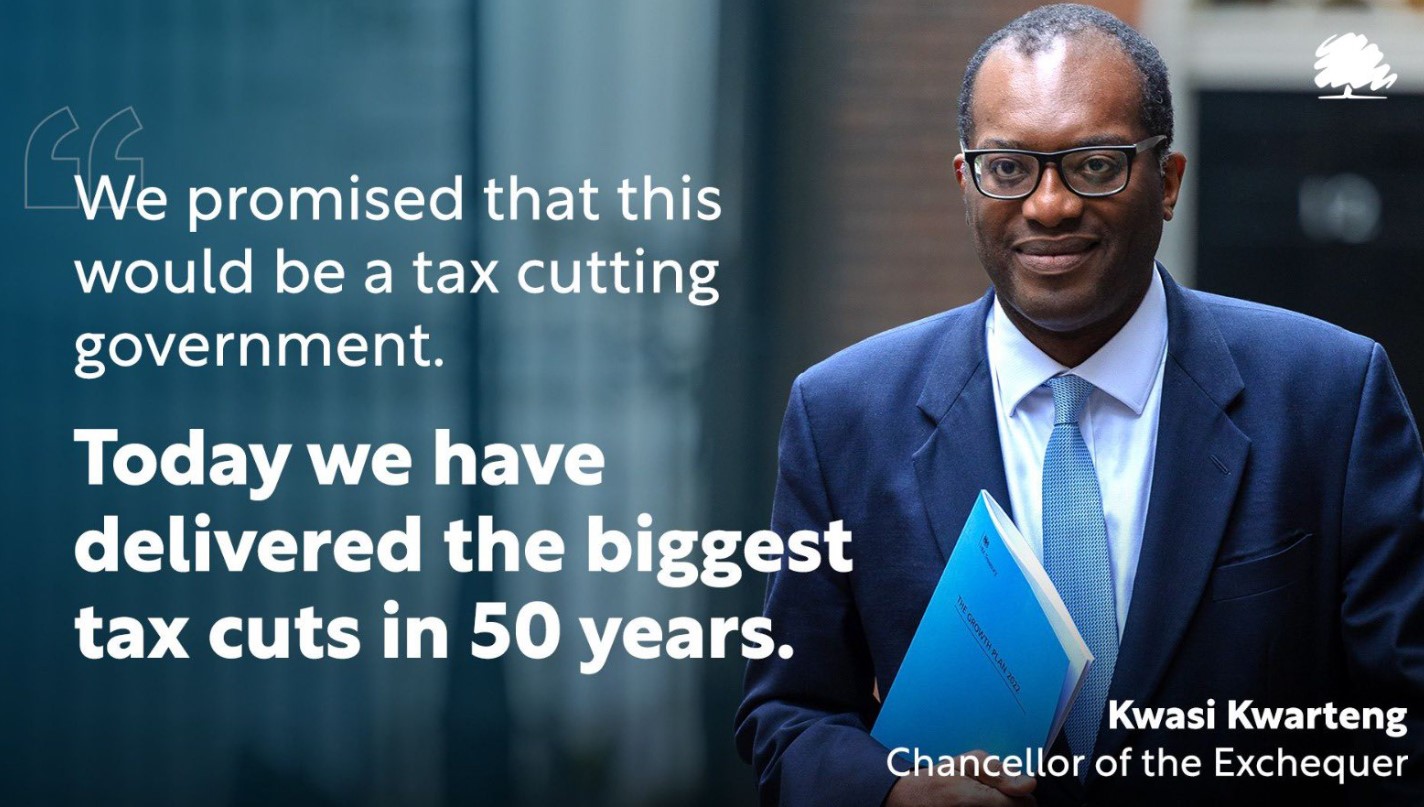 Mini Budget September 2022 – Which Taxes Have Been Cut?

Here’s a summary of what was included in the Mini Budget and which taxes have been cut that will help you.

The basic rate of income tax will be cut to 19% from April 2023, 12 months earlier than planned. This will apply to non-savings, non-dividend income for taxpayers in England, Wales and Northern Ireland, the savings basic rate which applies to savings income for taxpayers across the UK and the default basic rate which applies to non-savings and non-dividend income of any taxpayer that is not subject to either the main rates or the Scottish rates of income tax.

Savings from a 1p cut to income tax

The following changes to national insurance contributions (NIC) have been announced in the Mini Budget:

These changes announced in the Mini Budget will be applied by way of the Health and Social Care Levy Repeal Bill. According to the business statement from Parliament on 22 September 2022, this is expected to be enacted on 11 October 2022.

The increase to the primary threshold for Class 1 primary contributions and the lower profits limit for Class 4 contributions introduced with effect from July 2022 are unaffected by these changes.

Although not mentioned in today’s document, it is assumed that the changes to Class 2 NIC that were to be introduced by way of regulations backdated to 6 April 2022 will still come into force. These changes would mean that Class 2 contributions would be credited to those with profits between the small profits threshold and the lower profits limit without the need for the individual to make the payment. Those below the small profits threshold would still need to pay voluntary Class 2 contributions if they wished to maintain their state benefit entitlement.

Reversal of the dividend tax increase in the Mini Budget

SDLT thresholds for residential properties in the UK have increased from 23 September 2022 as below:

These schemes offer private investors generous tax benefits such as income tax relief, and exemption from capital gains tax and inheritance tax and they are a vital part of driving investment for new start-up companies.

In a significant reversal, from April 2023 the Government has decided to completely cancel the IR35 or ‘off-payroll working’ obligations previously placed on end users of services (ie ‘clients’). These obligations were introduced in the public sector in April 2017, and for medium and large private sector clients, from April 2021.

However, from April 2023 the onus to decide whether an engagement contract falls inside or outside IR35, and to account for any PAYE/NIC accordingly, now falls on the contractor’s personal service company (the IR35 obligation, therefore, reverts to where it was before the 2017 and 2021 changes were introduced).

The switch in onus will be a welcome administrative easement for hirers, but those public and private sector clients affected will rightly ask why they have been forced to set up extensive IR35 review processes (often at considerable cost), only for the extra obligation to be removed within a couple of years?

It was always perceived that personalised IR35 reviews were very labour-intensive, from HMRC and the contractor’s viewpoint. Therefore, on the assumption that contractors will not just be left to ‘go their own way’, it will be important to understand what sort of IR35 compliance activities HMRC will undertake in future.

The S455 tax rate on directors’ overdrawn loan accounts will remain at 32.5%.

The Chancellor has announced that the £1 million level of AIA (which was due to end on 31 March 2023) has been made permanent. This means businesses can deduct 100% of the costs of qualifying plants and machinery up to £1 million in the first year.

In addition, businesses will receive full stamp duty land tax relief on land bought for commercial or residential development and a zero rate for Employer National Insurance contributions on new employee earnings up to £50,270 per year.

To incentivise investment there will be a 100% first-year enhanced capital allowance relief for plant and machinery used within designated sites and accelerated Enhanced Structures and Buildings Allowance relief of 20% per year.

Contact MCL Accountants on 01702 593 029 if you would like further information about which taxes have been cut in the Mini Budget or if you need any assistance with the preparation and submission of your business accounts or self-assessment tax returns to HMRC.